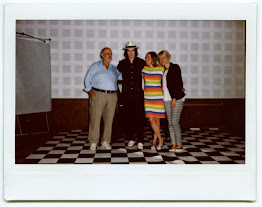 Ola Ciurlik: About the piano and other things… (Jack White) 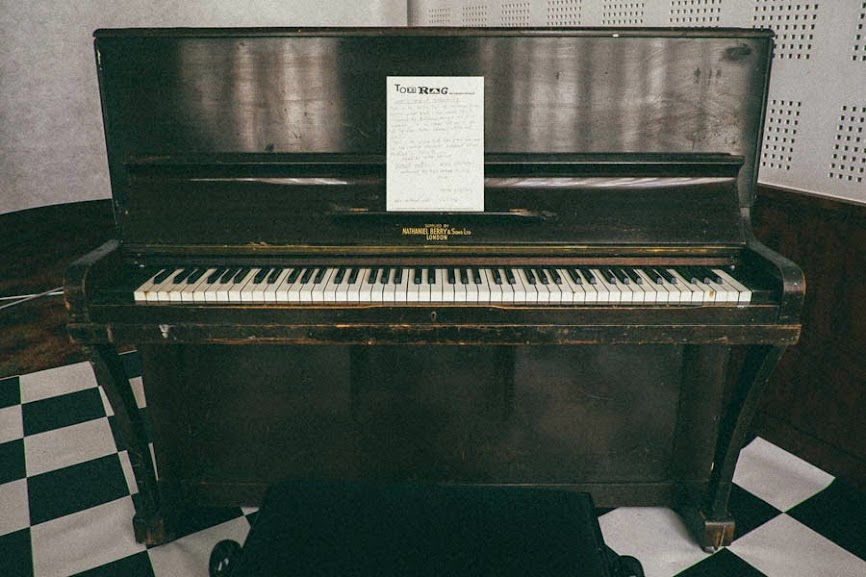 I came across the piano on which Jack White and the White Stripes have recorded their breakthrough album ‘Elephant’ in the beginning of 2012. It just happened to be a twist of fate that the tenants of the flat, which I was managing at that time, put forth a request for a piano. Liam Watson of Toe Rag Studios gave that piano to a professional piano tuner who is a good friend of mine. This piano was soon given to me. I had heard of The White Stripes before, however I did not know too much about the band. Naturally, as I became the owner of the piano I became interested in their art – at first I started to listen to the band’s music, then Jack White’s music and I got interested in various projects he was involved in. Very quickly, my interest changed into admiration and I was asking myself, how was it possible that this fascinating musician had escaped my attention for such a long time? In due course I began reading more about him. I found out that Jack White prefers to play on old instruments that show a degree of wear and tear on them. Jack would often repair such instruments to which others paid little or no attention to and which he would bring back to life. Such was the story of the piano which I came to know. The piano was standing in my room, scratched with a chipped edge and marks from mugs and cigarettes burns. (After two years, I found out from Liam Watson that before the piano reached Toe Rag studios, for many years it was the number one piano in Pathway Studios, so no-one knows who was responsible for the cigarette marks…) This subject has enriched many meetings and discussions with friends; however I felt that the piano with such an extraordinary history behind it should not remain simply as an object of entertainment for me. I wanted to use its potential and I started to dream that Jack White will play on it one more time…

The same year I met up with the founders of Barka. From my first meeting with Tomasz and Barbara Sadowscy I knew that we were on the same wavelength. During the time I was living in London, I met Ewa Sadowska, the  CEO of Barka UK and our friendship has grown since then. Fascinated by Barka’s history and work, which supports homeless people through rediscovery and nurturing the potential of each person as an individual, I decided to write my dissertation on Barka’s work. For this reason I was in frequent contact with Ewa Sadowska and I attended many Barka UK events. As my relationship with Barka grew, I became more fascinated by their work methods and ethics. It saddened me to see that after many years of hard and dedicated work, the British government’s budget cuts were making an increasingly bigger mark on its activity. Unfortunately, although Barka UK has done so much to help marginalised people in a masterly fashion, the foundation was really beginning to struggle with fundraising – a priority with other charitable organisations. It was even sadder for me to witness how homelessness in London is a widespread and serious issue, particularly among Polish people.

When it was announced that Jack White was going to play at the Open’er festival in Poland, I felt that this might be my only opportunity to get in touch with him and for one final time give him access to that piano. I also realised that in order to obtain his agreement I needed to have a greater cause than my mere personal desire to see him play. In this way, an idea came to mind to give the piano to an auction from which the profit would go to Barka UK, which owing to financial constraints had to greatly reduce its projects and was struggling to sustain those which were still operating.

What do Jack White and the auctioning of the piano have to do with Barka UK’s work? What interests me the most is finding a way to help fellow human beings reach fulfilment and use objects’ to their maximum potential. Nowadays, we are used to throwing things away as soon as they lose their shine or cease to be the newest model. The same goes for people. For instance, homeless people, tend to be very talented individuals who often have a vast knowledge base, and have an interesting history behind them as well as great potential. However, it is often very difficult to notice this because of the stereotypes. Barka UK through its projects helps homeless people rediscover their potentials. On this scratched piano we can still play many beautiful pieces of music. It is a dream of mine through this auction to make it possible for this old and almost forgotten instrument, on which so many amazing pieces of music were recorded in the past, to once again bring joy to more people and to help bring Barka UK to greatness.

One of my dreams has been fulfilled. In July this year, Jack White once again played on that piano. Now, thanks to that piano we are in the hope that we will be able to achieve something even greater and through that help even more good people.

Currently, Barka UK is preparing for an auction, which is expected to take place this year yet. Please follow the story for more details. 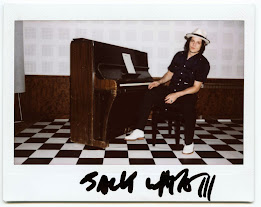 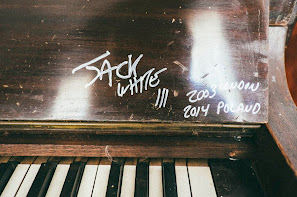