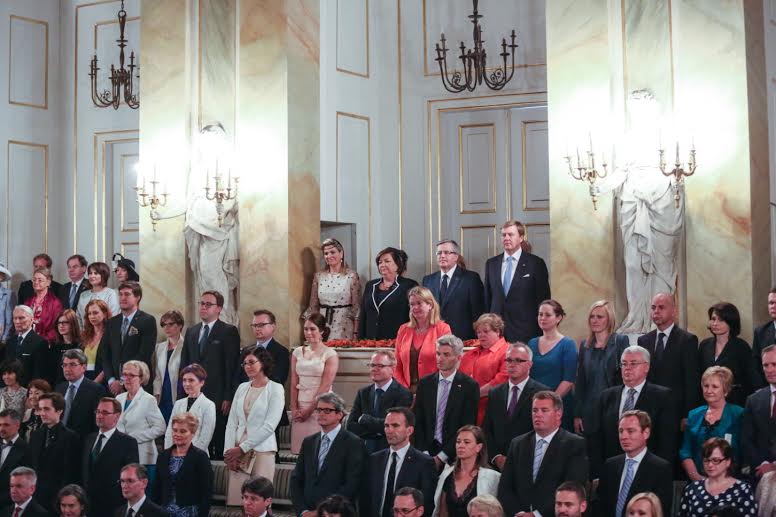 Guests invited to the dinner were around 60 persons: politicians, diplomats, entrepreneurs, Polish combatant soldiers, representatives of culture and media having links with The Netherlands. At the beginning the Dutch Royal couple and the Polish Presidential couple greeted all the guests. The dinner was opened by a speech of president Komorowski, followed by a speech of king Willem Alexander. After the dinner the guests listened to a concert of Polish band Volosi. On the second day of the state visit of the Dutch Royal Couple in Poland Magdalena Chwarścianek took part in a piano concert in Lazienki followed by lunch organized on behalf of the King Willem-Alexander and Queen Maxima by The Embassy of the Kingdom of The Netherlands in Warsaw. Young pianists Lucas and Arthur Jussen played Polish and Dutch composers. After the lunch Magdalena Chwarscianek was introduced by the ambassador Paul Bekkers to His Majesty – King Willem-Alexander and had a chance to tell His Majesty about activities of Barka in The Netherlands. The King was interested in the mechanism causing that the migrants become homeless and the numbers of homeless Middle and Eastern European migrants in The Netherlands. The King was also interested in the tradition of civic society grass root organizations in Poland and asked about that.